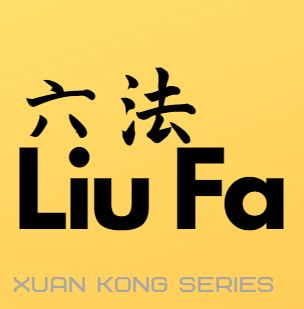 Nowadays, most of the ‘masters’ are teaching from books that they have read and the interpretations could be very different and sometimes wrong compared to the actual concepts and meanings of the true facts. It is dangerous to learn without guidance from an authentic master.

Over the years, from diligent research and understanding of old Feng Shui text, Master Alan has developed a holistic picture of Liu Fa system.

Liu Fa or also known as 6 Methods is a very potent feng shui method that can be used for both Yin and Yang Feng Shui. In this sense, it is has additional level of usage compared to other feng shui like 8 Mansion or Flying Star which are only applicable for Yang House. One system fits all. Moreover, as you go through each method or Fa, you will gain deeper understanding the theory of Yin Feng Shui (the original source of Feng Shui) and how it is being applied to Yang Feng Shui.

Why Learn from Art of destiny?

Master Alan is a practicing master still actively involved in performing audit on both Yin and Yang Feng shui. He is also actively doing research and one of the area he is actively interested is the Xuan Kong Liu Fa system of Xuan Kong Feng Shui.
There are primarily two wide known sources of the Liu Fa Feng Shui knowledge. One is from our lineage and the other is from Taiwan. There are quite some differences in the interpretation and application of the Liu Fa system due to different inheritance of Lineage knowledge.
There are many who claim to know Liu Fa Method but non has disclosed their source of knowledge. Master Alan has inherited both the verbal and written knowledge of Liu Fa. If reading from book can make you a master, think again. A Feng Shui mistake can cause great misfortune to many others.

Enhance your feng shui knowledge, how you decide facing, what is Ai Xing, what is a Xuan Kong (Yin/Yang House), how you apply Castle Gate?, what is Golden Dragon? How do you predict and select date using Tai Sui method? How to decide the Sitting and Facing? How to select the Xue or Meridian Spot etc.
There are only 2 primary schools teaching this method in Asia. One from Tan Yang Wu lineage while the other is from Taiwan lineage. At AOD we focus on application compared to just loads of theory and students gets to visit sites that is verifiable by eyes and told by actual results. This is the key value of learning that is incomparable.
In this course, Master Alan will personally lead the practical session & show students on the application on Yin and Yang Feng Shui.

Grab the opportunity to expose yourself to Yin zhai feng shui without having to join a full fledged Yin Feng Shui class. Master Alan has seen actual examples of LiuFa and how it is applied and used it to verify many cases.

If you can understand these 6 main chapters, it will greatly enhance your knowledge and application in Feng Shui as to how best to set up a Feng Shui formation that will produce results regardless if it is for Yin or Yang Feng Shui.

A Specially Designed XK Liu Fa Luopan Plate will be given Free to each student.
Schedule